This Tart is the magical result of what happens when you combine an apple crumble with A Christmas Mince Tart. It’s a super-indulgent, YET AIP-friendly pudding.

One thing is for sure – it’s really good!

I am a Christmas tragic.

Most of all, I love the feeling of Christmas.

Told you I was tragic about it.

Of course, I get this Christmas-love from my Mum. Christmas was always a big deal at our place. The table was always beautifully set at Christmastime. We would have a Christmas album – Heintje singing about Christmas – on repeat. And, then there was the German Christmas baking…

Looking back, I realise that this – in part, at least – was because she was so far away from the traditions she grew up with in Frankfurt. She missed her Mum.

And then there was – still is! – Mum’s Christmas mince…

A little Christmas mince back story

Christmas mince, for the uninitiated, is a mixture of chopped dried fruit and spices and (usually) distilled spirits. Many modern recipes contain beef suet. My Mum’s doesn’t.

Mum is world-famous-in-New-Zealand for her Christmas mince pies.

And, very early in my AIP caper, I bastardised (<– very successfully, I think!) her recipe so that I could enjoy a little bit of an AIP version of Mum’s exceptional Christmas mince pies.

I do feel a teeny responsibility to mention to you that with all the fruit and other goodies in even AIP-related baking, moderation is recommended. This Christmas Mince Apple Crumble Tart is very definitely a special occasion sort of deal. Well, at my place it is.

I make my version of ‘I Can’t Believe it’s AIP’ Christmas Mince once a year. And I love it. It *is* Christmas for me. And because of this, I have a strong interest in coming up with new ways to enjoy my Christmas mince. To extend that Chrissie feeling, if you will.

Of course, there are my Very Merry AIP Christmas Mince Pies. And then, because it’s summer right now (and very hot in Sydney!) I have my ‘Down Under’ Ice Cream Christmas Pudding.

But, this year, I wanted to branch out. I wanted to try something new, and perhaps extend my Christmas mince love by giving you lot up there in the land of winter something to add you your AIP Chrissie repertoire.

Inspired by a recipe I spotted in a Dish magazine, I bring you my Christmas Mince Apple Crumble Tart. I’m quite chuffed with the result.

Arguably, one of the fiddlier recipes you’ll find from me, but well worth the effort. Good enough for Christmas day with a little coconut whipped cream or coconut milk ice cream on the side.

May you have a MOST magical Christmas!

Oh! One last thing. If you are new to the experience of AIP pastry, I have one word for you: PERSEVERE. Relax. Take your time rolling out the pastry and patch the inevitable cracks and holes in your tart tin. While it is important that you have a carefully sealed base, nobody is going to see it once it is covered with all that lovely mincemeat and apple and crumble topping. Promise!

Go forth and bake! 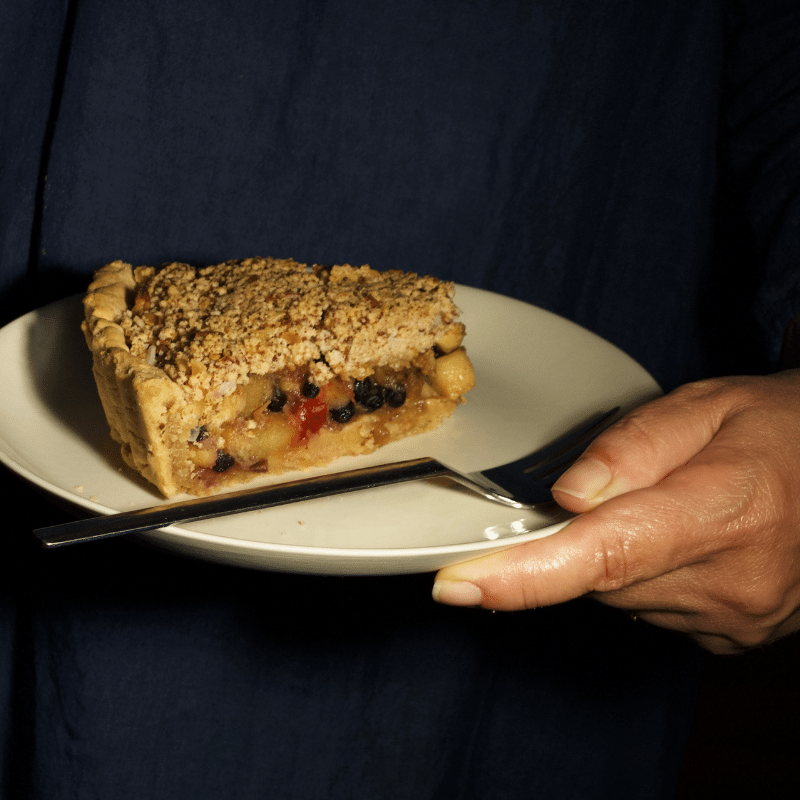 **You can make your tart in advance. Remove it from the tart tin when cool and reheat in the oven for a few minutes. I like it at room temperature myself
3.5.3251 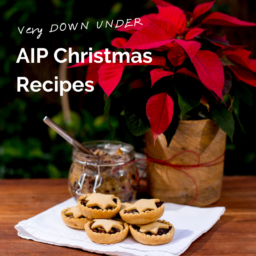 Very DOWN UNDER AIP Christmas Recipes

I’ve got your AIP Christmas recipes covered with this lot. How to AIP-ise and remove the stress from your Christmas cooking. AIP muggles won’t even know! 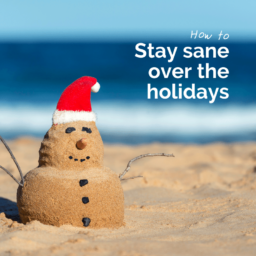 How to Stay Sane Over the Holidays

How to stay sane over the holidays with the tips I actually use myself from my arsenal of healthy rituals and hacks. Especially for this crazy year that is both speeding by and taking its sweet time… 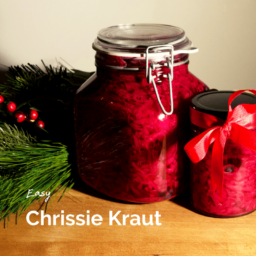 Easy Christmas Kraut is the perfect festive addition to your holiday table. Festive and fruity with a little bit of spice. It’s simply YUM! (Makes for great Chrissie pressies, too)

My Mum is world-famous-in-New-Zealand for her christmas mince pies No exaggeration. My Mum makes the BEST…