The Other Side of Family Time at Casa TSL…

My Mum and Dad have a tradition.

tradition
noun tra·di·tion trə-ˈdi-shən
a way of thinking, behaving, or doing something that has been used by the people in a particular group, family, society, etc., for a long time

It’s a new-ish tradition in that it was born when my oldest nephew turned seven. His grandparents – my parents! – brought him across the ditch to Sydney for a visit with his aunts. And, the deal is that his siblings get to do the same thing when they are seven, too.

That was three years ago now.

This past week, it was my second nephew’s turn. It’s been a pretty action packed few days of doing things around Sydney that an almost-eight year old likes to do.

We’ve been to the Australian Museum where we made snakes, the Taronga Zoo where we patted a sea-lion and fed wallabies, the Sydney Aquarium where we saw sharks and dugongs, and – our mutual favourite – to the most fabulous performance about dinosaurs at the Dinosaur Zoo at the Sydney Opera House.

And, in addition to all of that there’s been swimming and baking and dog walking and lots of socialising.

Blue, my almost-eight nephew, has recently been diagnosed with Coeliac disease. Not much fun for anybody, let alone a little person. And, he’s been such a trooper about it.

But, at times it must feel like he’s permanently stuck looking at the world from the inside of a deep sea diver’s outfit…

It’s one thing for me, a fully formed adult, to suspect a gluten sensitivity and voluntarily give it up to see how I feel*. It’s quite another to be forced to adopt a weird diet at the age of seven, and have to audit every item of food that might pass your wee lips.

I had not appreciated quite how much of a challenge that could be for a little person.

It was easy at Casa TSL. We’ve been a gluten-free household – and more – for well over two years, now. It’s no big deal for me to make gluten-free everything.

Dining out ‘on the hop’ was entirely another matter…

And, little bodies need recharging. Often. And, sometimes the snacks that aunties (and Omis) provide just don’t quite cut it. There’s a desire for french fries (nope – oftener rolled in flour and cooked in the same oil as glutened snacks) or ice cream (nope – packaged ice creams usually have gluten) or sushi (nope – there’s gluten in the vinegar used to bind the rice)… I have a new-found respect for all those parents dealing with multiple food allergies.

Blue and I made cherry choc-chip cookies free of eggs, gluten, grains and dairy. Want that recipe?

My coconut ice cream was a huge hit. And, when Blue requested a lemon flavoured version, a new recipe was born. Watch this space!

Raw cacao hot chocolate became a morning treat after breakfast. And, it transpires that gluten-free pancakes (I subbed out the agave for maple syrup) served with whipped coconut cream and strawberry coulis are a hit with young players!

So, we had a fab’ week of family time here at Casa TSL. Normal transmission will now resume… 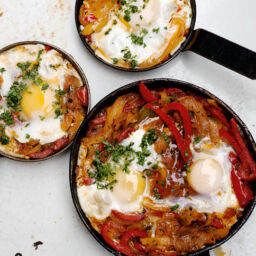 Welcome to the first in a wee series I am calling ‘Best Sydney Breakfast Spots’…. 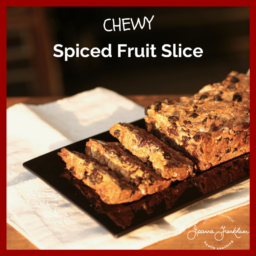 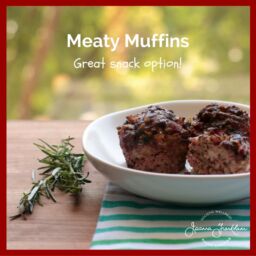 These meaty wee numbers were created for my Dad.

Dad has recently returned home from an overseas holiday. A holiday where the food was good and the wine flowed freely. It’s just a little possible that he may have over-indulged a smidge… So, these nutrient dense meaty muffins are just for him… 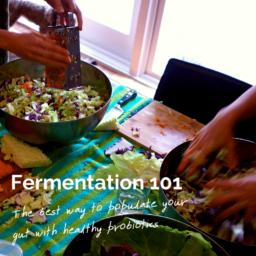 Fermentation 101 Workshop + the Idea of Kindness

Making your own fermented vegetables is easy, quick (in terms of preparation) and much, much cheaper than buying them from your local health food store. And, you get to ensure your vegetables are organic. 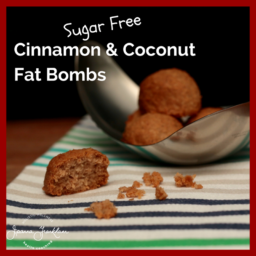 These Sugar-Free Cinnamon and Coconut Fat Bombs are AIP, grain-free and keto-friendly, too. Just the ticket when you need something sweet. 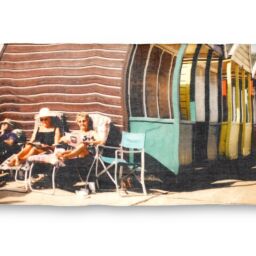 Lily and Lionel and This Sydney Life? 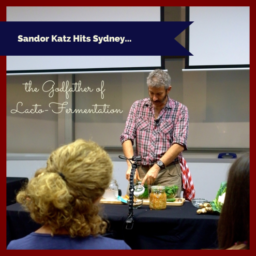 Six months. SIX WHOLE MONTHS! That’s how long ago I booked tickets through the inspiring… 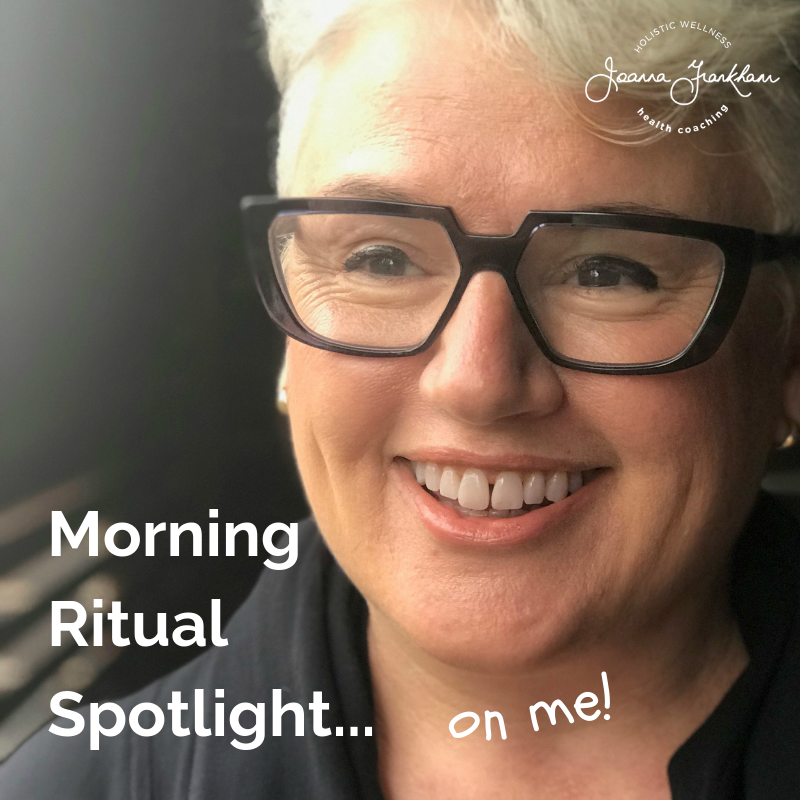 My personal morning ritual has become a crucial part of my day, and my wider healing caper. It allows me to create space for myself before the noise and expectations of the outside world arrive, and to set an intention for how I choose to have the day unfold before me. It’s my time, and it’s all for me. 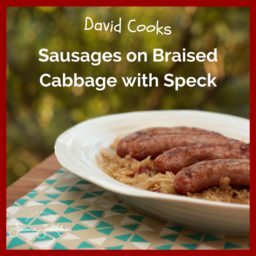 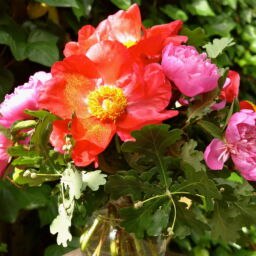 Weeds are flowers too, once you get to know them. (A.A. Milne) Jodie McGregor Flowers… 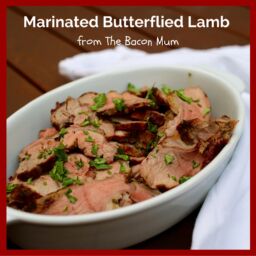 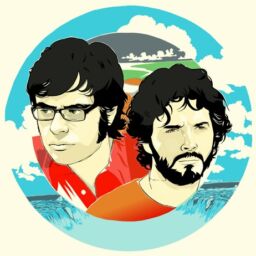 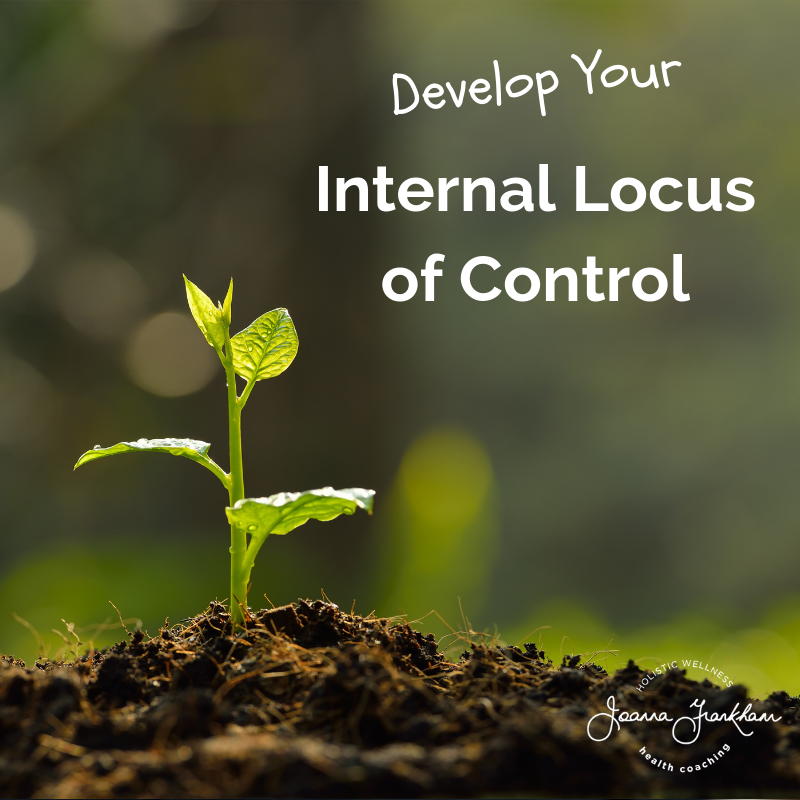 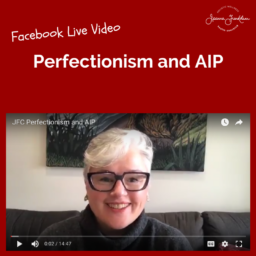 Anecdotally, there appears to be a pretty high correlation between perfectionism and AIP… “Why would… 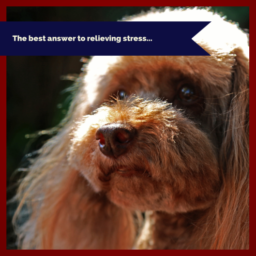 Stress Management: Get a Dog!

If you don’t own a dog, at least one, there is not necessarily anything wrong…

You are such an awesome auntie. I have a charming gluten-free 15-year old with orange & green hair (who really wants a cockroach tattoo and has taken to wearing dolls as jewelry) that I would love to send to you~! Just for a year or two…

You make me laugh (out loud, this time! The dog gave me a look!)

A COCKROACH tattoo?!?!?! Here in Australia, the cockroaches are enormous flying things. Seriously freaky. I cannot imagine wanting a permanent reminder of them on my person… blech!