The Best Root Vegetable Soup in the World (AIP-friendly)

This is the very best root vegetable soup in the world.

I’m not kidding. It really, really is the best root vegetable soup.

You know that while I live in Australia, I grew up in New Zealand, right? A long while ago, I share about my all-time favourite root vegetable soup from my childhood. My Mum used to make it. I have vivid memories of Sunday lunches around our family dining table eating this soup.

It was a Graham Kerr recipe. Graham is a British cooking personality who is best known for his 1969–1971 television cooking show The Galloping Gourmet.

And, since I didn’t actually have the recipe to hand when I was wanting to make it,  I ‘approximated’ using a bit of this and a dash of that. To be honest, at the time I was pretty happy with the outcome. It wasn’t exactly the soup of my childhood, but it was thick and creamy and made me feel good… I was happy with it.

And, then my Dad got involved.

Dad lives in New Zealand. He is a fan of my recipes. And, he often tries my recipes and gives me his verdict. He’s a pretty fab’ dad, really. My four-hour lamb is now one of his ‘signature dishes’. Dad and I compare notes on our healthy ice cream flavour experiments (I love the sound of his feijoa and ginger version). And naturally, he and mum tested my take on the root vegetable soup and, while they liked it, Dad said it wasn’t quite as good as the original.

That actually generated quite the discussion amongst my immediate family. Clearly, just the thought of that root vegetable soup brings back so many memories for us all.

And, just to prove his point, Dad sent my sister and me a copy of the original recipe from Graham Kerr’s 1969 ‘Galloping Gourmet’ classic cookbook (which, if you’re interested, is older than me!)

So, of course, I had to make the original soup (only mine was adapted to fit the Autoimmune Protocol).

And, as much as it pains me to admit it, Dad was right. As good as my approximate version of this soup is, it’s not the original. And, when it comes to childhood memories, the original is what counts.

Don’t just take my word for it when I sing the praises of this soup.

This lovely comment comes from one of my subscribers.

A word on Exact Measurements

Most of the time I’m a ‘near enough is good enough’ kind of woman in the kitchen. I’ll often sub’ in a like-ingredient or change up the herbs. And, of course, that works with this soup, too. But if you want the full velvety flavour-bomb experience, I do recommend that you try to stay as close to the recommended measurements as you can for this baby. Just use any leftover veggie ends in tonight’s roasted vegetables or mash.

This is my go-to soup for any number of things:

This recipe is so easy to whip up. I hope it becomes JUST AS MUCH OF a favourite at your place, TOO!

The Best Root Vegetable Soup in the World 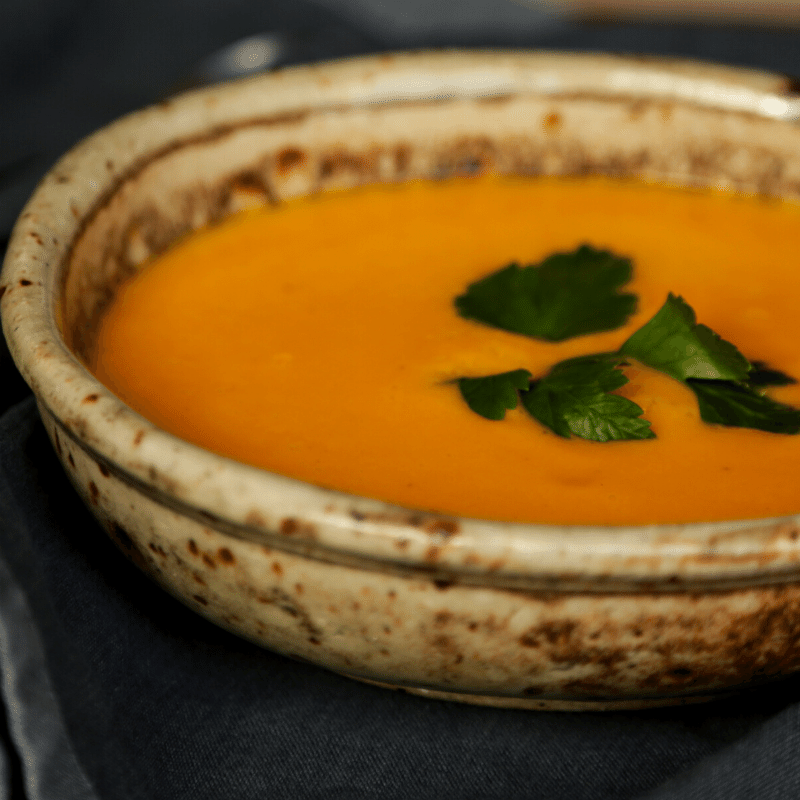 Excellent soup! I will make this often!

When your message arrived, I was quite literally in the middle of making another batch of this. So glad this is set to become a regular in your kitchen, too!